We couldn’t sleep on Christmas Eve, so we snickered and played the guessing game. We taunted one another with our imagined gifts to open on Christmas morning. “Guess what I’m getting for Christmas,” we snickered and made so much noise that Mom eventually came up to our room. We pretended to be asleep, but she called our bluff.

“I know you’re awake, so quit trying to fool me. I have a Christmas Eve story to tell, so lie still and listen.”

Gabriel, the Arch Angel, announced before heaven’s throne, “Your Majesty, the children are restless.”

“What? My children?” mused the Ancient Glorious Wonder.

The nine-foot angel whined, “The children of the realm stir impatiently waiting for something more.”

“Why, I gave them everything they could need. Mothers to nurture and fathers to challenge them and grandparents to lavish My love upon them. What more could they want?”

“Perhaps the dark stain still shadows their hearts, Father,” said the Son as He entered the eternal throne room. “Greed and selfishness lurk in their imaginations.”

“Aye, it shades their minds from comprehending the gift of My great love for them.” The foundations of heaven shook as the Father stood to make a pronouncement. Raising the scepter of His power, He thundered the pronouncement, “I propose gifts for all the children of the realm, gifts to delight and gifts to make merry the hearts of children everywhere. Call Saint Nick to create a plan to carry out my decree.” With the thunderclap of His scepter upon the sea of glass before His throne, the decree went forth.

Millions of heavenly creatures flapped their wings and bowed their heads before the wondrous wisdom of the Ancient Father. But how could Saint Nick possibly carry out the royal decree?

Paradise resumed its singing, and Cherubim blew the horns of holiness day and night. Soon, the halls of heaven rattled with the joy-filled cry of Saint Nick, “Ho, Ho, Ho! Gather round seraphim and angels galore, for I have a plan to carry the Father’s love to the ends of the earth. An abundance of life evermore for all who believe and receive the fullness of life. Father will write peace and joy in the sky and etch it in human hearts. We need food in abundance, beautiful wrappings, and lights to brighten the celebrations.”

The Holy One’s laughter reverberated through all creation, “I knew Saint Nick would invent a plan to fill my children’s hearts with joy.”

Saint Nick bowed before the Ancient of Days, “Yes, Great Father, but there is a price.”

He decreed with nostrils flaring and hair flying, interrupting Saint Nick, “No price is too much for My children, no extravagance too generous for My love.”

“But what is the price?” the angels cried.

Saint Nick’s shoulders shook, and he heaved with sobs of travail. “Father, Your children long for fame and money. They desire to be given whatever they can imagine. The dark stain holds them as slaves and blinds them to the gift of Your love. They fight and argue while lusting for more, evermore.”

Not a wing fluttered. Breathless angels hung still as heaven waxed silent. Finally, the angels whispered, “So what is the price?”

All heaven wept, “Who is worthy to pay the price? Who can heal the blindness that blocks the vision of God’s love?”

Just then, the object of the Father’s love for eon upon eon stepped up to heaven’s heights. His hair was white like wool and His face shining like the sun, His garments shone like burnished brass and His voice like the sound of many waters—the Son, the Apple of the Father’s eye, said, “I will pay the price, I will go to Bethlehem to be the baby born to die. Then the children will see the ultimate gift and they will want no more.”

Slowly, the Son dropped the robe of His power and shed the scepter of His authority. He laid down His glory and left heaven silent.

Whispers and whirring of angel armies set all heaven abuzz with the cry, “What could this mean?”

The Father rose from His throne. “Gabriel, it’s time. Blow the trumpet. Angels form into choirs. Guardians of light burn a pathway to the City of David—a baby is born this night to fulfill my promises.”

Launching into action, all heaven jumped at the Father’s commands. Then sleigh bells and reindeer hoofs split the skies. 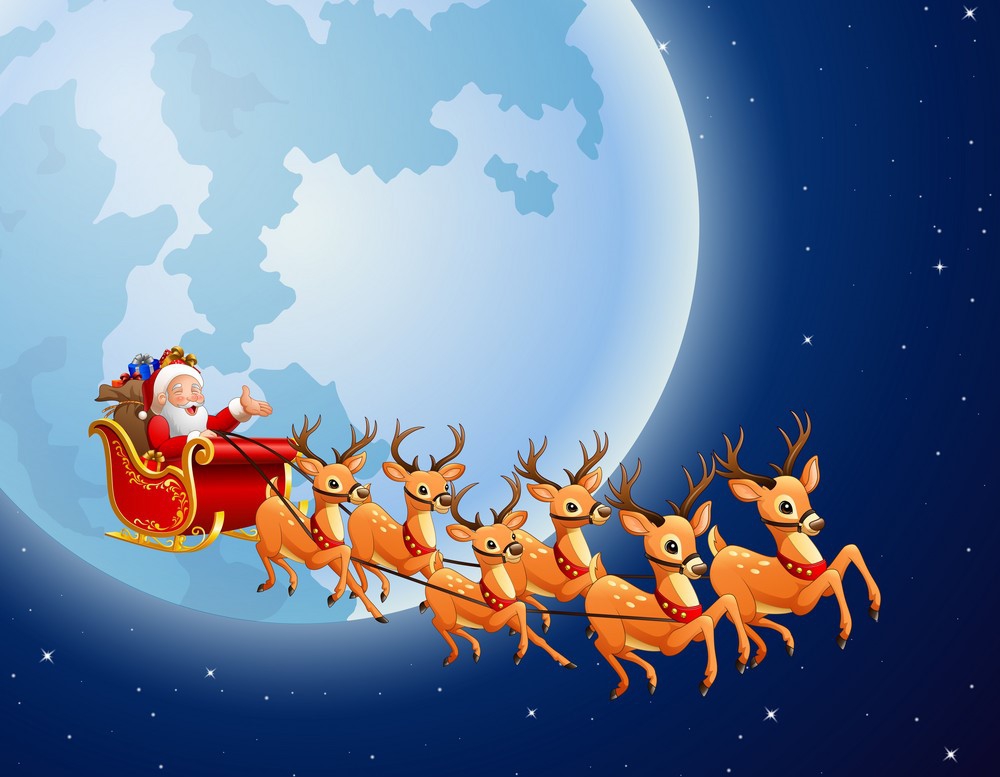 Suddenly a great company of the heavenly host appeared with the angel, praising God and saying, “Glory to God in the highest, and on earth peace to men on whom his favor rests.”

Mom finished her story and said, “Sleep now, little children. Dream as I dream. I dream of the Son given to you, the Son who can drive dark stains from hearts. Sleep now. Dream of what you can give on Christmas morning, for it is in the giving that genuine joy will flood your heart. Giving what matters most is the price of Christmas. God gave us the life of His Son with all His love. Now we must give to one another with all our love.”