It happened one summer day when I was visiting my Dad. He lived deep in the desert, and we were roofing the addition to the house he shared with his new wife. The sun blistered us with 105 degrees of pure hell as I slapped down the black shingles and Dad nailed them to their resting place. 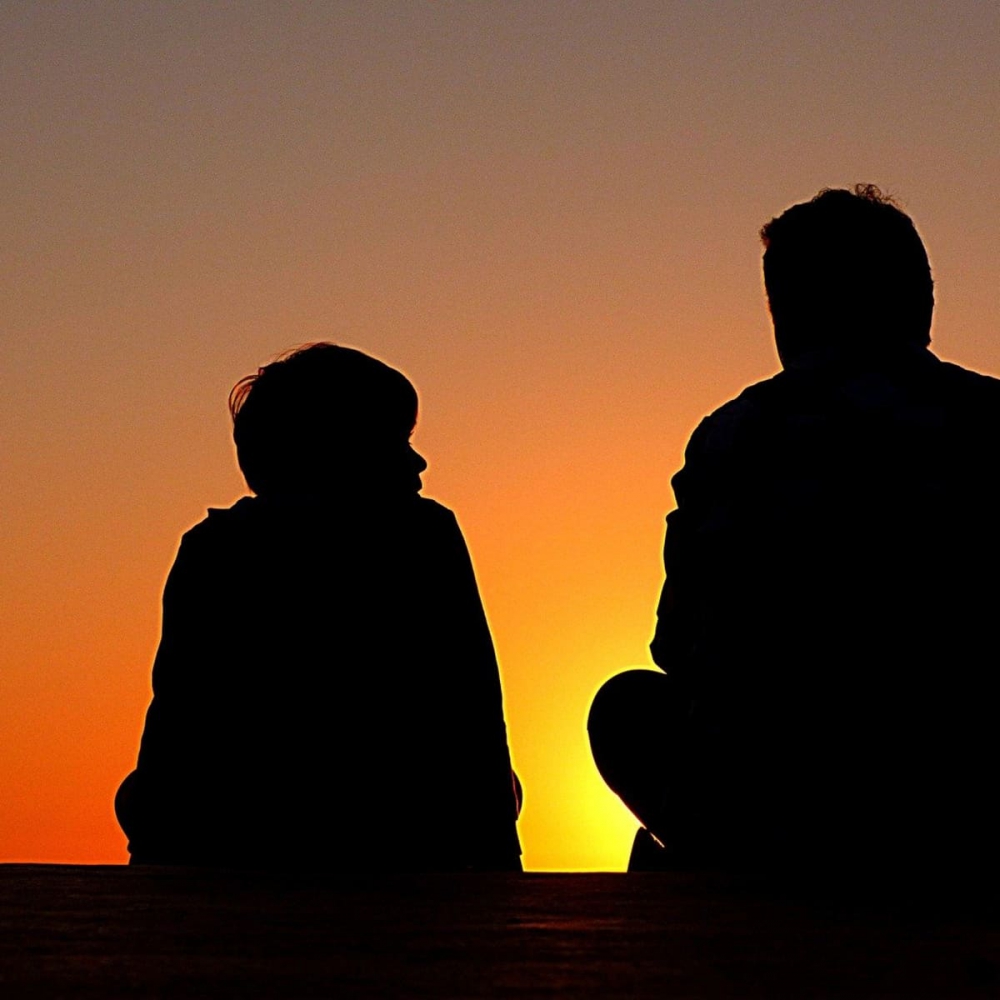 Dad stopped for a moment to wipe the sweat from his face and said, “I’m sure a fourteen-year-old boy would rather be out having fun, but I love doing this.” He picked up his hammer and continued pounding nails. He was right–this wasn’t how I pictured visiting Dad.

“Who is this strange man? Who could love sweating like a pig roasting over a barbeque pit? WHO is this man I call Dad?

All my life I longed for his approval. The absent demonstration of manhood left a crater-like hole in my soul. Psychologists say that children who grow up in one-parent homes fill that empty space with anger. I am living proof of that adage.

Dad moved out when I was five. Afterward, I saw him once or twice a year. As a teenager, I often imagined how I was going to tell him off when he came to visit at Christmastime. But the moment he walked in the door, all that anger evaporated and I ran to him. An hour after he left, my old friend Depression crept back in with his evil twin Resentment.

Thirty-five years and thousands of miles of distance did little to soothe our strained relationship until my nephew asked me to perform his wedding. The family all traveled to Colorado for the festivities. My sister Linda randomly won the Coca-Cola Challenge and three tickets to a Colorado Rockies baseball game two nights before the wedding.

Dad, Linda, and I went to the game with the requirement that one of us run in the Coca-Cola Challenge. I was the only one healthy enough to compete.

A Rockies official escorted me to the team’s bullpen during the seventh inning stretch and prepared me for the Challenge. “By the way, this game is being televised nationally,” she said. She explained the contest involved running from the left-field wall, tagging second base, and continuing to the first baseline in less than twenty-five seconds to win. Nervous energy shot through my veins like a boy on his first date.

Boom! Blasted the starting gun. My forty-eight-year-old legs struggled mightily. The crowd of thirty-five thousand people roared their encouragement as the TV cameras rolled. I won with my lungs sucking air like a lung cancer survivor as the crowd cheered.

As the beautiful Rockies’ representative escorted me back to my seat, the jumbotron scoreboard replayed my victory run. It all felt surreal as we approached my seating section. I could see Dad watching the jumbotron and waving his ball cap wildly from his wheelchair. My mind raced back to my little league days as a ballplayer. Hundreds of times I had looked toward the stands, longing to see Dad, only to be disappointed at his absence. Now, here he is.

Dad casually mentioned on the ride home from the stadium that this was the first time he attended a baseball game. I realized then how much he had missed. Under the cruel shadow of divorce, son missed father and the father missed son.

The rare air of tranquility enveloped us as we each accepted the journey of our lives. We loved each other despite it all and in the end, that’s what matters. Reconciliation has to do with accepting your losses and kicking anger to the curb. Resentment and regret only steal your joy. Forging a new future based on peace allows love to emerge.

Similarly, humanity lost itself in all the crap of life. Alienated from God the Father, we had no path to return to Him. Until Jesus came and dealt with our sin at the cross. Christ created a new beginning based on peace, “we also rejoice in God through our Lord Jesus Christ, through whom we have now received reconciliation,” Romans 5:11 (NIV).

First John 4 further explains, “This is love: He loved us long before we loved Him,” and concludes, “Everyone who loves is Fathered by God.”

It happened one summer day thirty-five years later that I came to appreciate Dad. I’ve also learned Father God is my eternal Dad who never leaves. My heart is whole and filled with the love of God and love for my Dad.

Dave, Great piece on Father’s Day! Thanks for continuing to use the good gifts the Father has entrusted you with. Always proud to be counted among your friends! Blessings, Mike

Thank you for your kind words brother. Blessings