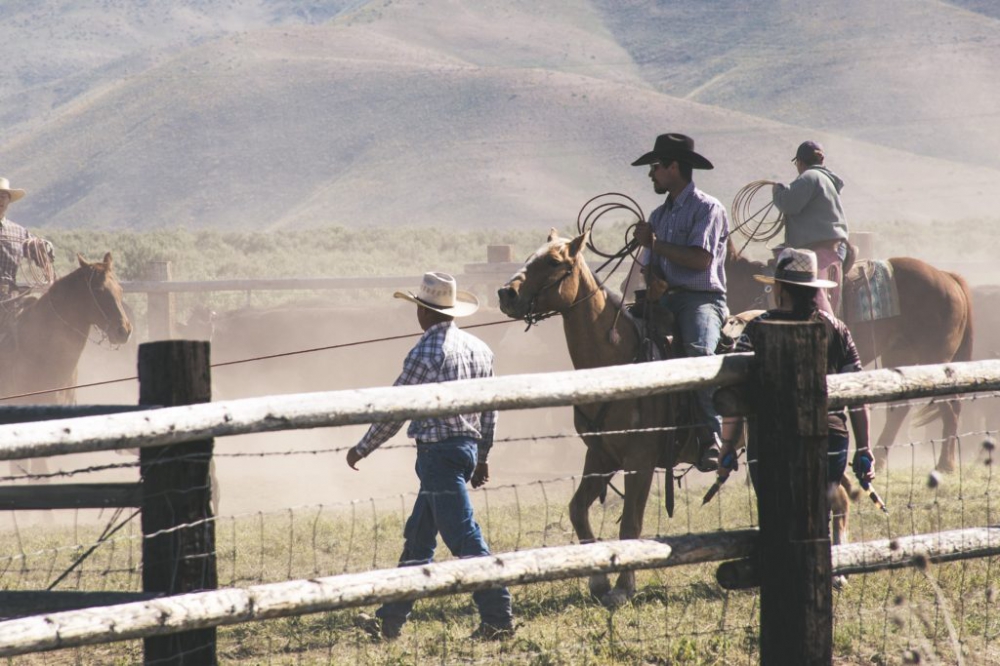 This is how we have discovered love’s reality: Jesus sacrificed his life for us. Because of his great love, we should be willing to lay down our lives for one another.
I John 3:16, TPT

Christian love is not always verbalized in these parts, but it is surely present in the cowboy way.

Sometime back I met a middle-aged couple who decided it was time to come back to church. Mike and Ruth were going through very difficult circumstances – Mike had been given a month to live. During surgery to remove a cancerous tumor in his abdomen the mass burst spreading death cells throughout his abdominal cavity. It was the day before Thanksgiving in 2009 and the doctor said he would not make it to Christmas.

Mike came to church thin and weak from chemo treatments and his wife was praying for a miracle.They drove to my church in North Platte from their ranch about twenty miles outside of Tryon, Nebraska. It was an immense distance to travel to attend church, but they seemed to be comforted and encouraged whenever they came. Mike lived over a year from the time he was diagnosed.

My relationship with them was primarily in hospitals and in church. I was impressed with their tenacious, indomitable faith. Mike knew his life was in God’s hands. We sometimes sang hymns or read scripture in his hospital room, we always prayed for God’s grace. I surmised that they lived a frugal, hard-working rancher’s life greatly complicated by Mike’s condition. Ruth spoke of chores and cattle, chicken coups and garden—all foreign concepts to me as I was raised in the urban jungle of Los Angeles.

Ultimately the call came that Mike’s fight was over, and he had passed on to his heavenly reward. I was asked to conduct the funeral at Tryon High School. My wife and I made the drive on the appointed day traveling through the Sandhills to where it seemed like civilization ended. This was a place so remote there was not even a telephone pole in sight, it looked like Tonto and the Lone Ranger would come riding over the hilltop at any moment. We finally came to a sign that said, “Tryon population 90”. Naturally, I expected to see just a few people at the funeral, some family and a few friends—that’s when my education began.

The gymnasium was packed with over three hundred people on that frigid windy day. Big, strong men just off the ranch and lovely stout-hearted women came to pay their respects. They spoke of a Mike I had never known, a neighbor who would drive twenty miles in the middle of a winter storm to thaw your frozen pipes. Pictures were shown of a person I had not really seen—the rugged rancher who could break horses and drive trucks with forty-foot trailers.

The funeral procession leaving the high school heading to Miller Cemetery was delayed by two cowboys who were driving a herd of cattle across the road from one pasture to another. They were on horses and one had an Indiana Jones whip that he was snapping in the air. They also had a dog barking intermittently at the cows. You don’t see many of those in Los Angeles. Later, we returned to the community hall for a meal. The ladies had gone into action and prepared a spread that could have fed the Nebraska National Guard. I thought I had died and gone to heaven.

What did I learn at the cowboy funeral? I learned that real, rugged neighborly kindness is alive and well. I learned that neighbors are those people who stick together when times are tough, survival often depends on it. I learned that love is defined by kindness and helping people in practical ways. Christian love is not always verbalized in these parts, but it is surely present in the cowboy way.