The Defining Forces of Freedom
Wednesday, June 10, 2020 by Dave Holland 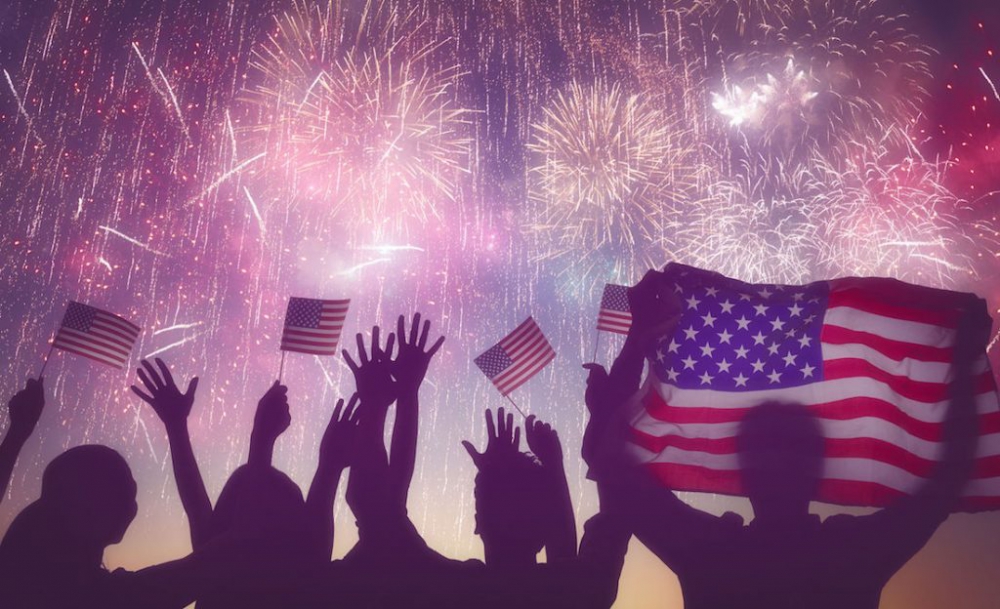 Most assuredly, I say to you, whoever commits sin is a slave of sin.
Therefore, if the Son makes you free, you shall be free indeed.
John 8:34, 36

This month as we celebrate Independence Day, we revel in the belief that men and women are free to choose their path in life. While we bear both the responsibilities and the consequences of our actions, our freedoms make us the envy of the world. This liberty comes at a significant cost as the following letters describe.

Luke Air Force Base is located west of Phoenix and is surrounded by developing neighborhoods and businesses. Those people often complain about the noise from the base and its planes. A lieutenant colonel at Luke AFB received a letter voicing a grievance from an individual about a group of F-16s that disturbed their day at the local mall. It reads as follows:

Question of the day for Luke Air Force Base: Whom do we thank for the morning air show? Last Wednesday, at precisely 9:11 a.m., a tight formation of four F-16 jets made a low pass over Arrowhead Mall, continuing west over Bell Road at approximately 500 feet. Imagine our good fortune! Do the Tom Cruise-wannabes feel we need this wake-up call or were they trying to impress the cashiers at Mervyn’s early bird special? Any response would be appreciated.

Regarding ‘A wake-up call from Luke’s jets’ On June 15th, at precisely 9:12 a.m., a perfectly timed four-ship flyby of F-16s from the 63rd Fighter Squadron at Luke Air Force Base flew over the grave of Capt. Jeremy Fresques. Captain Fresques was an Air Force officer who was previously stationed at Luke Air Force Base and was killed in Iraq on May 30th, Memorial Day.

At 9 a.m. on June 15th, his family and friends gathered at Sunland Memorial Park in Sun City to mourn the loss of a husband, son, and friend. Based on the letter writer’s recount of the flyby, and because of the jet noise, I’m sure you didn’t hear the 21-gun salute, the playing of taps, or my words to the widow and parents of Capt. Fresques as I gave them their son’s flag on behalf of the President of the United States and all those veterans and servicemen and women who understand the sacrifices they have endured.

A four-ship flyby is a display of respect the Air Force gives to those who give their lives in defense of freedom. We are professional aviators and take our jobs seriously, and on June 15th, what the letter writer witnessed was four officers lining up to pay their ultimate respects.

The letter writer asks, ‘Whom do we thank for the morning air show? The 56th Fighter Wing will make the call for you, and forward your thanks to the widow and parents of Capt Fresques, and thank them for you, for it was in their honor that my pilots flew the most honorable formation of their lives.

Only two defining forces have ever offered to die for you…Jesus Christ and the American
Soldier. One died for your soul, the other for your freedom.

The Lieutenant Colonel answers the citizen complaint with clarity and forthrightness. We sometimes forget that our armed forces are composed of real people who have families, and sometimes they suffer great loss. May God forgive us for our lapses of memory. But there is another defender of freedom, One who paid a heavy price for us.

Jesus Christ is the ultimate defining force for the freedom of humanity. Christ would set us free from passions gone awry. He died to save us from the eternal consequences of our sin. Without this personal freedom guided by God’s love and grace, our national liberty would slowly descend into anarchy. Thomas Jefferson said, “The God who gave us life, gave us liberty at the same time.” Without men and women willing to protect us, our nation would soon tumble into the turmoil currently engulfing much of the world. Let Christ’s freedom reign in your heart, and true freedom will prevail in America as we celebrate this July 4th.